Who will help me with a bat colony in the attic?

Bats need a pretty specific method of removal to ensure that you don't unlawfully injure or kill any of them. In fact, the laws surrounding bats and bat removal are not only confusing, but constantly changing too. Different states will have different laws, and unless you know the specific rules and regulations for the state or area in which you live, we do not recommend that you partake in any bat removal action. 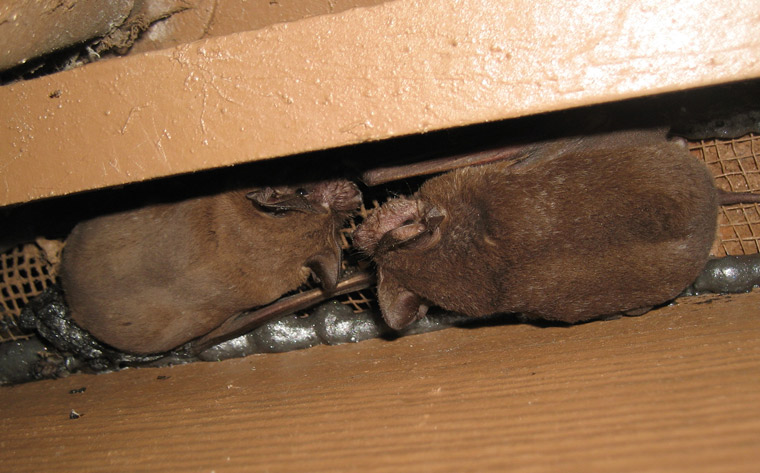 There are some forty-odd different species of bat commonly found not only across the United States, but also across Canada. In order to safely and correctly establish a method of removal, you will need to have a greater understand of the different bat species. Some of them are are on lists for endangered or threatened animals, meaning that their appearance on your property should be reported to the correct authorities, rather than you trying to shoo them away.

In fact, if you have a bat problem — and that bat is considered to be an endangered or threatened species — you may find that local wildlife control exterminators with a particular enthusiasm for conservation will do the job for free or at a reduced price. You would need to call around and get a couple of quotes to work out the best approach for you.

Even if you are not faced with an endangered or threatened bat species, you are still likely to run into problems when trying to move them on. Bat colonies in the spring and summer are likely to be maternity roosts — mothers with their babies. You can't move the mothers without the young; otherwise, the young will just die. You can't remove the young without the mothers; otherwise, the young will just die … again. You can't get rid of just half the colony, so trapping really isn't a viable option. (Again, if you consult with a company who recommends trapping bats, back away … not slowly; very, very fast!)

Even bat colonies in the winter must be left alone. This is likely a hibernation roosts and those bats are going to be asleep there until spring comes around and they are ready to build up those maternity roosts again. If you disrupt a bat during the hibernation period (also known as torpor), you will affect the internal body temperature of the animal, causing it to burn energy quicker. The fat reserves it had built up before the hibernation period will then not be enough to see them through and you will kill that bat by way of starvation by accident, if it doesn't fall prey to predators or disease first.

All of this information might seem like a lot, but it all points to one possible outcome — in order to safely and humanely, not to mention legally, remove an entire colony of bats, you will need to call in a professional.

Sadly, this is not city or county animal services, who are usually not trained in bat removal (and may not be aware of the complicated rules surrounding the practice, thus giving incorrect information). It is also not a pest control service, either. Any company who states they will use poisons or fumigants to remove bat colonies should be avoided at all costs. This is illegal practice and you could get into just as much trouble as the person you're hiring, should you get busted for your bat-offenses.