Bats and Echolocation: How They Fly & Find Food

Bats have a number of methods of communicating with each other, and one of those methods is also used for other purposes too, such as getting around, avoiding walls and trees, talking to each other, and finding food. Not to mention avoiding flying into each other in the air and preventing run-ins with predators too. This all-round clever tool is called echolocation and it works in very much the same way that dolphins use underwater sonar. 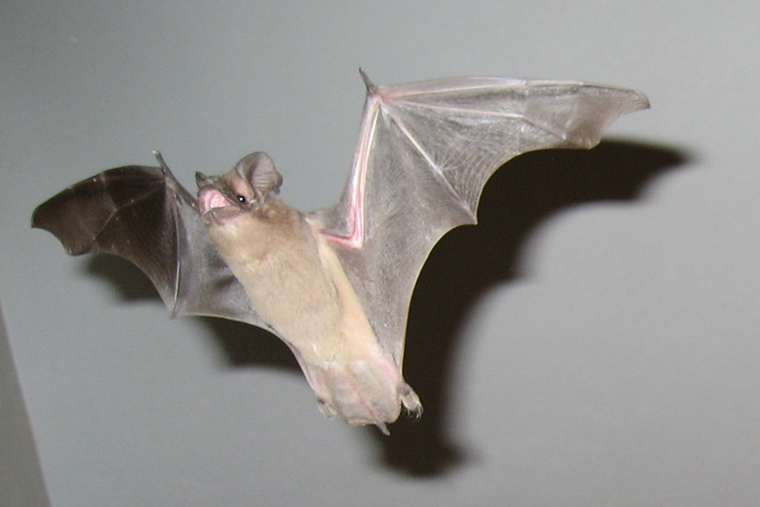 Despite what you may have read or hear, bats aren't actually blind. They have pretty decent eyesight, but it's virtually pointless them having it. They rarely come out during the day and visibility is reduced at night when everything is dark. Luckily, with echolocation, bats don't need to physically see with their eyes. The system that interprets sound waves actually works in a much more sophisticated way.

As a bat flies around in the air, it will send out sounds. These sounds are very high frequency, so humans can't hear them. Other animals can hear them, however, so dogs, cats and other animals can act differently when these flying critters are about.

The sounds return to the bat when they bounce off an object, such as a wall, tree, or other animal/bat. This allows them to make fast decisions, moving swiftly to the left or right, for example, to avoid a tree branch. It also allows them to work out information such as what animal is in front of them, how far away it is, how long it will take the bat to fly to that animal, and whether or not the animal is going to be food or a predator. If the animal is a predator the bat will, obviously, fly in another direction.

Different bat species will use different frequencies and pitches as they send out those sound bites, and it is possible for some people to listen out for those sounds and then identify the exact species of bat from the frequency of sounds.

Just like different species will use different frequencies, some species have a different method of producing the sounds. The majority of them will use their voice box (larynx) to make the sounds, but a few will actually click their tiny tongues inside the mouth. There are also a few species of bat, including the Old World Leaf Nosed Bat and Horseshoe Bat, that actually make the sounds through the nose rather than mouth.