How to Trap a Fox - Trapping Tips

Fox Trapping Tips
Most states will have laws against the cruel trapping or killing of foxes but even without those laws there are ways to trap them without harming them or yourself. Traps can be purchased at some hunting stores. Though foxes will usually stay away from areas with a lot of people it is important to know how to trap them and get rid of them. Even though they choose to generally stay away, when a fox is hungry and cannot find any other food it may turn to your household pets or livestock. Another group of people that need to catch foxes and move them to a new location are those who are in charge of camp sites. Foxes will go through garbage while campers sleep and that means that when they wake up they may have a messy surprise. It also means campers will run the risk of stumbling across one in the night hours and getting bitten. If you can hope to catch one of these smart animals you have to know what you are doing because they are cunning and will know how to adapt to you strategies or traps. 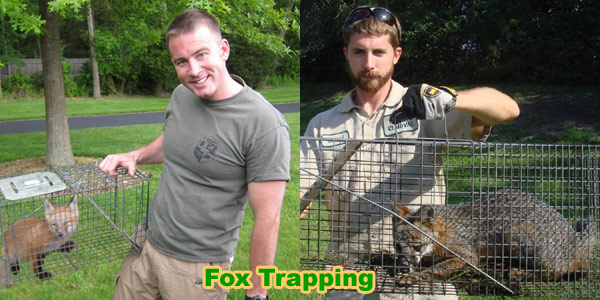 Non-Kill Traps
The best way to catch foxes is by using non-kill cages. The reason non-kill cages are the best way to catch foxes is because there is a chance that something else may go into the trap. Household pets can be as curious as foxes, so a cage will help protect them. There is also no poison involved which protects pets and other wildlife that may be in the area. Poisons are never recommended because of the damage they can cause, not to mention that it can be an inhumane way to get rid of any wildlife. Keep in mind that the reasons foxes are where people live is because of food or shelter. Anything you do to keep very tidy will help to eliminate the potential problem. Trapping them and releasing them in a new location is the least we can do to ensure that we do not harm the eco system.

How To Use The Traps
Traps will be useless if you do not know how to use them, so here are a few tips that will help make the cages as effective as they can be. The traps must be placed close to where the fox is and the right bait must be placed inside. As said before, foxes are extremely smart and should be treated as such; do not leave the trap without concealing it first. If you leave the trap in plain sight, even with the best bait that you can find you will not be successful in trapping a fox. Things that attract foxes are bee wax or blood. You can smear either of those two items on the cage to get the fox’s attention. 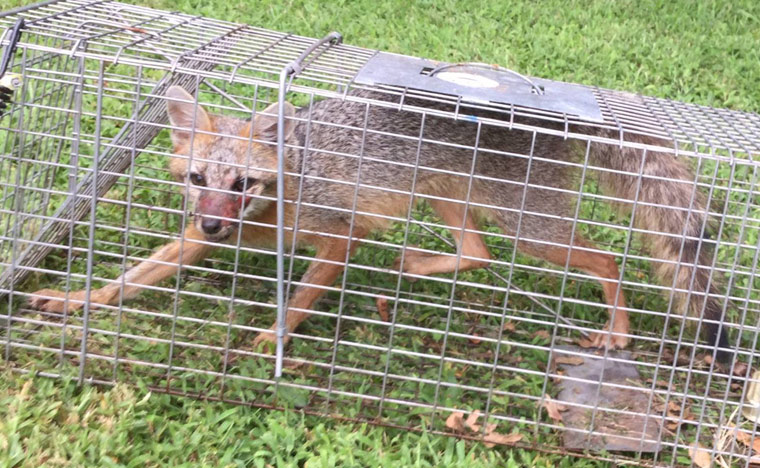 Now What?
Once you have the fox in the cage it is time to get rid of it. You have two humane options that you can use to get rid of the fox; your first option is to release the fox yourself. Do not simply release it anywhere. Take the fox into an area that is far from your location and where it will be able to create a new home. A wooded area far from homes will be perfect. If you rather not take the fox yourself you can also call animal control and they will gladly take the fox and release it themselves. There is no reason to be cruel to these animals and if you follow the tips in this article you can be sure that you will not be outfoxed! If you have a fox in your property and you do not want to trap it yourself then call animal control or a wildlife expert and they can do the trapping for you.


Ways to Trap a Fox

How many words can you think of to describe the humble fox? Cunning? Clever? Sly? They are all of those things, and more. When you look into them a little closer, you’ll see that they are remarkable creatures, with some pretty remarkable talents. They’re adaptable. They’ve learned to live alongside humans, sometimes undetected for weeks, months, and sometimes years. They’ve learned to associate humans with food. They’ve moved in closer. They've learned that being awake during the day is just as beneficial as being awake at night when it comes to finding food in urban areas, and that being “out in the wild” just isn’t working for them anymore. You're more likely to encounter a fox in an area filled with humans than you are “out in the wild”.

In order to trap a fox, you’ll need to learn how to out-fox the fox. This is not the kind of job that you can get over and done with in a day, or even in one weekend. Trapping a fox takes time, dedication, and a lot of patience too. You can’t just set a trap, throw some bait in it, and hope for the best. This one needs to be carefully planned out. You need to be just as clever, cunning, and sly as the fox is.

What attracts the fox to your yard? Is it the garbage can? Perhaps it’s chickens in a coop, or the eggs? Whatever is luring them in, that’s your best bet when it comes to bait. You need to start with the bait when trapping foxes.

You’ll need to lay some bait down before you put the trap down, and this will need to go on for a few nights, maybe even a week. If it’s chicken eggs, make sure your chickens in the coop are as protected as you can make them, and then place a few of the eggs down in the general area that you plan on setting the trap. You will need to plan this spot. Where does the fox seem to hang out the most? That's where you’ll want to put the bait. The aim of the game is to make things look natural. A big, silver trap is not natural.

After a couple of nights, once the fox has gotten used to the food being around, put the trap down along with the food. Maybe mix a couple of types of food, getting the fox used to the safety and taste of what you're laying down. Don’t set the trap. You can’t do this for a little while yet. You must allow the fox to become accustomed to the trap so that it is comfortable enough to get inside it eventually, once you have set it and put the bait inside.

Over the next few nights, move the bait from the outside of the trap, to just inside it, and then a little further inside it, until the bait is where it should be, right at the back of the trap. Only when the fox goes into the trap to retrieve the food can you then set it. After that, the fox will wander into the trap as usual to find the food, believing it to be safe, only for the door to shut behind it.

The trap itself will need to be relatively hidden too. If you can throw some debris around, do that. Try to camouflage it as best as you can. Even with the tastiest bait in the world, and the longest build-up process, a fox won't be silly enough to walk right into a very obvious trap. Many of them will probably have avoided traps already, or may have been captured by one and then released back into the wild. That's what leads to trap-shy animals, and is one reason why trapping and releasing isn't always the best method to remove them.

It can take weeks to get a fox used to a trap enough to walk right into it, and even then, it might not happen. Many homeowners give up and call in the professionals after just a few short days. How many days will you give it before you do the same?