Bats in a Barn – What's the Best Way to Get Rid?

Bats love barns almost as much as they love attics. Why? Because the space is seldom interrupted by visitors, including of the human variety, it is dark, protected from the basking sun, and out of the way of most predators. Not all, obviously; but most. 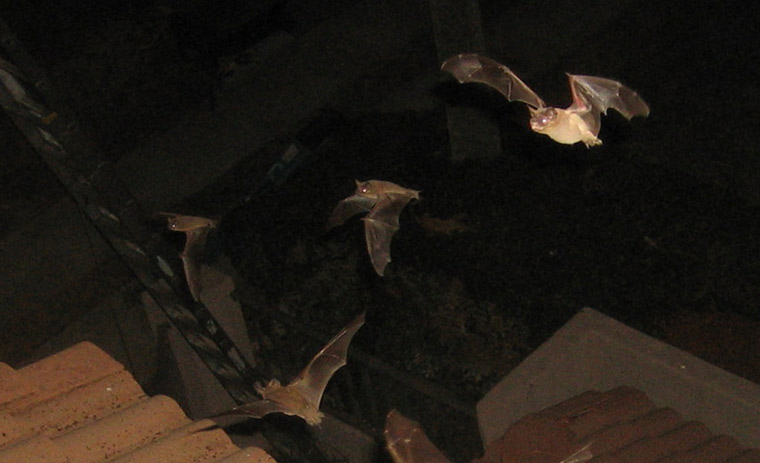 When an animal finds a place to call home, it won't give it up without a fight, and that's definitely what you'll need to bear in mind when you're trying to get rid of bats in a barn. It won't just be the one bat – there will be a whole colony of them in there, usually a mother with babies, and that means that you will need to find an eviction method that deals with the entire lot. Trapping won't work – you'll only be removing one or two of the flying beasts at a time. Poison, ammonia, and repellents don't work; not only because they are potentially deadly in most cases and will probably just kill them off, but also because repellents, as a whole, have been shown not to work against most wild animal invaders. They don't work for rats, mice, opossums, snakes, skunks, groundhog, or any other wild critter that you come across.

Repellents do not work.

You do have a few options when it comes to getting rid of bats in a barn, however; you could leave them there until they fly off by themselves. This can happen, but it won't happen in the spring and summer when the maternity roosts are in full swing. If you give the bats a chance to bed down for the winter, you can't evict them either. Waking bats up from their state of torpor is pretty much like executing them all. The chances of them surviving such as last minute, half-asleep move are slim to none.

You could create a bat box. If you have a property that is large enough, a bat box right on the edge provides the colony with an alternative solution. You aren't evicting them, as such; but rather moving them to another spot that is more convenient for you. You'll need a large box or a couple of boxes if you have a relatively large colony in the barn, but you'll be surprised at how willing they will be to move along (with some eviction assistance, obviously) when you have somewhere else lined up for them.

If you choose not to provide a bat box, but instead to evict the colony of bats entirely, the timing will need to be just right. You can't take action in the spring or summer, putting around April/May to September time out of bounds. This is because baby bats will be in the roost, alongside their adult mothers, and to evict the adults without their young bats would kill the entire younger generation off.

Once the fall is in full swing, you should spring into action. If you leave it any later – into the winter – you are running the risk of bats using the space for hibernation, in which the bats will go into a state of torpor. Again, moving them along during this time will cause the inevitable death of probably the entire colony. Killing bats at all is unlawful across most of the United States.

If you find yourself facing bats in the barn we highly recommend that you give wildlife control exterminators or a bat removal specialist a call. The legalities surrounding bats are complicated, changing from state to state as well as depending on the species. Go back to the Bat Removal page, or learn about bats in the attic with my Bats in the Attic guide. Bat removal - Are the Pro's Really Best?