Are All Raccoons in North America Infected With Rabies?

This is actually a very commonly asked question, especially by homeowners and property owners who are faced with the reality of removing one from their land. Raccoons are known for many things — they are funny, determined, and quite clumsy characters, much more intelligent than we usually give them credit for, and much more stubborn too. Sadly, raccoons also have another reputation, but this one is bad — they are known to be one of the biggest threats to the USA in terms of the rabies virus. 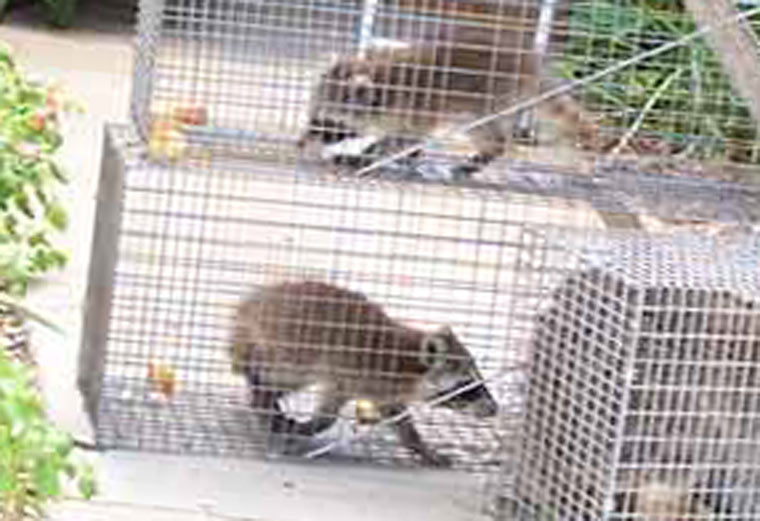 It is illegal in some states to trap a raccoon and then release it back into the wild again, in case it is infected with the rabies virus and goes on to spread the disease far and wide. A raccoon that has been infected with rabies and is trapped would be euthanized to ensure the protection of all people and animals it might come into contact with. Read about Do Raccoons Attack People?

Rabies is a huge threat — you are right to be wary of the disease. It can kill, and it does in so many cases. Earlier symptoms can be vague and not easily linked to any one condition specifically, and it will only be much later on, when earlier symptoms have not gone away, but gotten worse, that most people would seek medical advice. At this stage, the disease may already be too advanced to do anything about it. With the rabies virus, treatment must be immediate — advised within the first 24 hours.

Every raccoon has the potential to be infected with the rabies virus, and it might be infected. You won’t always know from looking at the animal whether or not it is infected and the disease can actually lay dormant in the body of a wild animal for many days or weeks before it starts to cause the body to deteriorate.

Are all raccoons in North America infected with rabies? No, but we recommend that you treat them all as if they are acting rabid. With the infection lying dormant for a while in some cases, a small and seemingly insignificant bite now could cause some pretty serious repercussions later on, especially if you do not seek medical attention.

Raccoons: Symptoms of a Sick Raccoon

One of the biggest problems with raccoons in North America is that the species, as a whole, is known to be one of the most prolific carriers and transmitters of one of the deadliest diseases - rabies.

Rabies will kill you and other animals if it is not treated. Pets should be vaccinated against the disease at the appropriate age and, in some places, it is required by law that you do this. The disease itself is a virus, spread by various methods, all resulting in that particular virus getting into the body. Raccoons can have the rabies virus in their saliva, so if it were to bite you and break the skin, the teeth would sink the saliva and, therefore, the virus, right into your bloodstream. The rabies virus can also be passed on from a dead raccoon - if there is still some sort of moisture left on the body, the virus can still be present and active. A dry and old carcass can't be trusted either - the virus has shown to be relatively long-lasting and quite resilient.

The rabies virus is not the only disease you will need to concern yourself with when it comes to raccoons. They are known to carry a string of them, some of which can be transmitted to you and your animals, others that can only be passed on to other animals. Whichever the case, it means that raccoons must be kept away from residential and commercial properties to ensure they aren't allowed to come into contact with people, especially young children and the elderly, and also other animals, such as household pets and agricultural animals.

Raccoon roundworm can be passed to humans and other animals by way of infected skat - raccoon feces. It needs to be swallowed or ingested, and this can happen in a number of ways - if the raccoon were to defecate in your swimming pool and then you hop in, accidentally getting a mouthful of that water, you could then end up with a raccoon roundworm problem too. Another resilient disease, this one can withstand some pretty harsh environmental kicks, such as floods, hot and cold temperatures, and lack of a host. The eggs of raccoon roundworm can reportedly lie dormant for a number of years. Raccoon skat could lay in the same place for 20 years, go dry and dusty, and there is still a chance that the skat could contain active roundworm raccoon eggs.

Giardiasis, another infection caused by a raccoon-borne parasite called Giardiasis lamblia, situates itself in the small intestine. Domesticated animals regularly fall prey to this parasite, again, passed around by the infected feces and urines of infected wild animals, such as raccoons, and humans can also ingest the parasite and become sick. One of the biggest transmitting methods seems to be through drinking water that has been contaminated with Giardiasis lamblia, such as the swimming pool possibility we discussed previously.

Leptospirosis, also known as Weil's Disease, is a disease that is frequently spread through infected raccoon urine, rather than feces. The disease is no less awful than the earlier ones, however, and can be fatal when not diagnosed and treated early enough.

The Problem With Raccoon Diseases

Raccoons that have a disease aren't always going to show their symptoms in the same way that a person would. You would moan a bit, have a headache, take some painkillers, moan about the way your muscles ache, beg to have the curtains closed because the direct light is hurting your eyes - Do you see where we're going with this?

A raccoon can't display symptoms in this way. Firstly, it doesn't know how to speak. Secondly, you don't understand ‘raccoon'. How would you know if a raccoon were sick? Or if one was trying to tell you it felt sick or unwell?

In almost all cases, the diseases that are associated with raccoons - and there are many more than we have listed here - come with generic and vague early symptoms that make the diseases themselves almost impossible to diagnose and, in turn, treat effectively. With headaches, muscle aches, a fever, chills, some shaking, and perhaps even an upset stomach too, those early symptoms are never going to be attributed to something raccoon related at an early point. Many would just assume they have a slight cold coming, or perhaps allergy season is hitting with full force.

With such vague symptoms in humans, you can only assume that early symptoms of these diseases would also be relatively vague for a raccoon too. It might have a headache. Perhaps some muscle aches here and there? Maybe it has lost its appetite?

How would you know?

You don't know how that particular wild raccoon usually acts in the wild, so you would have nothing to compare it to if you believe it to be sick. Many of the most dangerous diseases associated with raccoons, such as rabies, take a while before any symptoms even start to show. A raccoon, for example, can be infected with the rabies virus for days, weeks, and sometimes even months before it starts to show any signs of being infected or rabid. In that time, the animal has the potential to bite and infect many people and other animals. This is why a raccoon that has been trapped shouldn't be released back into the wild, unless you can prove, without ANY reasonable doubt (usually with a Vet), that it doesn't have ANY wild animal diseases, including rabies.

If you can't guarantee that your rogue raccoon doesn't have rabies or any other wild animal disease, you definitely shouldn't be getting up close and personal with it. Leave the removal job to the professionals.