The Full Guide to Keeping Raccoons Out of Your Chicken Coop

Raccoons, cute as they are, wreak utter devastation when they are around chickens. It isn't usually the chickens themselves that the raccoons target, but more the eggs that the chickens lay and the younger chicks, but, as you can imagine, the hens don't take too kindly to an interloper coming in and trying to take what's theirs; they put up a fight. In the process, chickens and raccoons fight and, being the headstrong, stubborn, and quite vicious creatures that they are, the raccoon usually comes out the battle victorious. The chickens, sadly, lose. 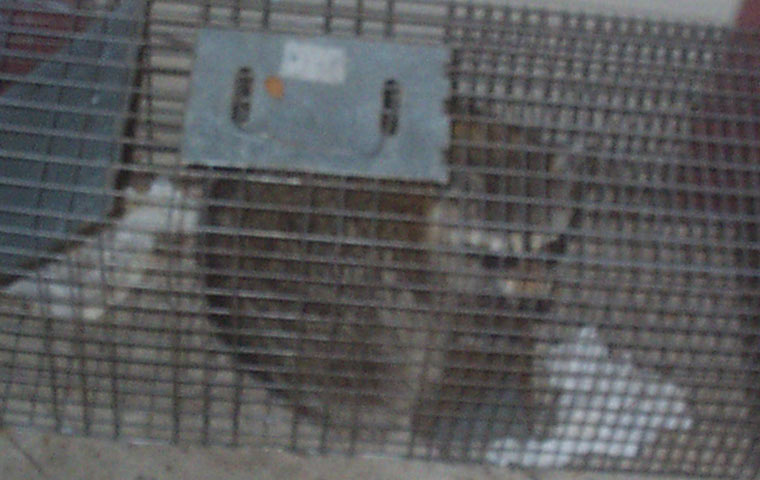 How will I know if raccoons are getting in my chicken coop?

Trust us on this … You'll know. The raccoons will kill the chickens, and they may even feast on them for a while, but they won't take those carcasses away with them. Not in most cases anyway. That's the sight you'll be met with when you wake up the next morning. You'll know raccoons are the culprit because they'll have left a trail of havoc in their wake.

In many cases, the raccoon won't even feast on the chickens it has killed at all. Instead, what it will do is kill the bird to shut it up, eat the chicken's feed, perhaps devour a couple of eggs, and then it'll leave. It's a terrible waste of dead chickens. They're just left there for other scavengers, such as foxes, opossums, rats, or coyotes.

In the United States (and also some other places around the world, particularly, Europe), raccoons are one of the biggest predators of chickens.

How can I stop raccoons getting in my chicken coop?

You must first work out how the animal works; in this case, a raccoon. Raccoons weigh up to twenty pounds and can be about the same size as a small to medium sized dog and also your average house cat. They can swim, they can climb, they're not that great at jumping, but they're super smart. In many cases, they manage to outwit even the most forward-thinking of property owners.

A fence around the perimeter of your land will stop some animals from getting in. In the case of the raccoon, the fence doesn't need to be too high — four or five feet — but you do need to make sure that trees or branches can't give the animal a "bunk-up". They'll use whatever is around to help them get to where they want to go.

Raccoons use their paws and limbs in much the same way as people do, and they're proving to have very dextrous front paws too. They have learned how to open window latches, tear open window vents, and even rip siding right from your home. They will be able to reach through fencing that has gaps in it, such as criss-cross wire-style fencing, so anything INSIDE shouldn't be within grabbing distance, which is usually about a foot. Read more about How to keep raccoons away

Wire fencing is actually easier to climb for raccoons than you'd think, so using this alone is not a good idea. You can, on the other hand, use chicken wire to try and protect the chicken coop, creating a cage of sorts to go around it. Again, the raccoon can and will try and shove his paws in there to grab at stuff, so make sure the cage doesn't allow for this. We also recommend using a couple of layers if you are using chicken wire. It doesn't take very long for various wild critters to tear or bend it to allow for easier access. We actually recommend using stronger materials than chicken wire. It seems to work quite well at keeping chickens in where they're supposed to be, but it doesn't really prove to be the most effective barrier at keeping other animals out, even pets in some cases. Hardware cloth will be more longer-lasting and durable and will offer your chickens much more protection.

You could try your hand at repellents and deterrents, but we don't actually recommend putting too much of your faith in these. The only one that we have had any real success with is wildlife eviction fluid and that only tends to work for female raccoons with a den full of kits. The fluid is designed to mimic the scent of male predators, encouraging any mother in the area to pack up her small and family and move along.

One of the easiest things you can do is to remove all sources of food, although, this can be quite tough when you're dealing with animals such as chickens. They're not known for being the tidiest when food comes into the equation. Raccoons are actually looking for the food more than the chickens themselves, so making sure leftover stuff isn't around to encourage passing scavengers closer is a great idea. And a simple way to stop attracting pest wildlife.

If you keep having a problem with raccoons, make sure that you don't have a bird feeder. This is often used by the animal as a source of food, so take the thing inside for a while, if you can't modify it to make it safe from raccoons, squirrels, and others. The Full Guide to Keeping Raccoons Out of Your Bird Feeder

If you have pets, make sure that pet food isn't left outside. How many times do you feed the cat or dog in a bowl on the porch? This is prime pickings for any passing nuisance wild animal, but raccoons are going to jump all over that. Other pets shouldn't have their food left outside either — rabbits, guinea pigs, etc. This will encourage rats and mice before it encourages raccoons and other wild critters, in most cases. If you have a raccoon problem, it might just be time for you to start looking around to make sure that you don't have a rodent problem too.

Latches that are busted, faulty, or just a bit old should be replaced on chicken coops as soon as you have noticed they aren't quite up to scratch. We have already discussed the idea of raccoons being able to open windows, doors, and similar unaided, so undoing the latch on a chicken coop really isn't going to be a big deal to these critters. Any latches should have at least two steps or stages to the opening process, and we actually recommend having a couple of locks or latches to make doubly sure your chickens are safe, especially if they keep falling prey to predatory attacks.

Finally, it should go without saying that chickens must be tucked safely up in protected coops for the night. Raccoons and other scavengers are animals that will mostly come out during the night. Your chickens are likely to be safe roaming during the day, but they won't be so safe when the sun goes down. That's the time you should be making sure your chickens are heading into fully protected coops.