Raccoon Feces - How Dangerous Is It?

Raccoon feces, also known as raccoon skat, is actually heavily responsible for the spread of a number of diseases, some of which can be very dangerous to both other animals and people alike. See my raccoon poop photos to identify it. 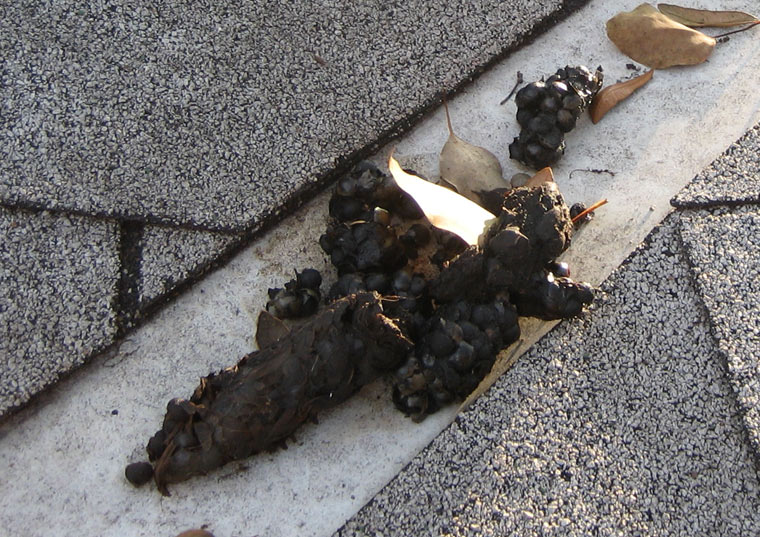 You may not have heard of "Baylisascaris procyonis," but it is another name for raccoon roundworm, a parasite that is actually very commonly found in wild raccoons. (The name gives it away really.) It is the feces of the raccoons that you'll find the problem; that's where the roundworm eggs are. They're tiny little microscopic things — you'd never see them if you tried to look for them — but they are there. They're definitely there, and they definitely have the potential to do quite a lot of damage. A List of Raccoon Diseases

It doesn't take much for cross-contamination to happen. A raccoons paw that has touched its own feces, for example, can easily touch a doorway, a window, perhaps even a plate of food? Those eggs are then potentially on whatever the raccoon touched, and if your child were to then come along and use that plate (for example), the tiny, undetectable roundworm eggs then make their way inside your child's mouth. Children and disabled people, as well as the elderly, are actually high-risk in areas where raccoon numbers are high. It is much easier than you'd think for that cross-contamination to occur.

What makes things worse, although, also better at the same time, is that raccoons do all of their ‘business' in one area. In the same way that a person would use the bathroom to do their ‘business', a raccoon does the same thing; in an area known as a latrine. These can be found in a multitude of places, but aren't usually that close to an area where the animal sleeps or eats. It's not hygienic for them to be so close to their own poop, and if they don't want to be that close to it; you shouldn't.

Attics and garages are prime hotspots for raccoon latrines, alongside areas under porch, decking, or a balcony. Other outbuildings are hit, unless they have a source of food, such as chicken feed. If you have trees in your garden, you should take a look around those. Raccoon latrines tend to be either at the very bottom of a tree, or on branches and twigs; around where they fork.

They seem to quite like pooping at height, choosing raised and flat surfaces as another hot latrine spot. These include logs that have fallen down or rocks that are slightly raised above the ground. Rock piles and piles of wood or timber are also hard-hit areas, and many homeowners have reported raccoons pooping in the shallow, step area of a swimming pool. How to Stop Raccoon Poop in the Swimming Pool.

Raccoon latrines can be very dangerous, disease spores both airborne and touchable. If you're going to do the cleanup job after a raccoon yourself, make sure you are very well protected.