Below are photographs of the four major colonizing bat species in the United States, and basic information about them, including species-specific notes regarding bat removal projects. Remember, bats in attics are all female. Read about Bat Maternity Colonies: What Are They & How to Get Rid of Them. 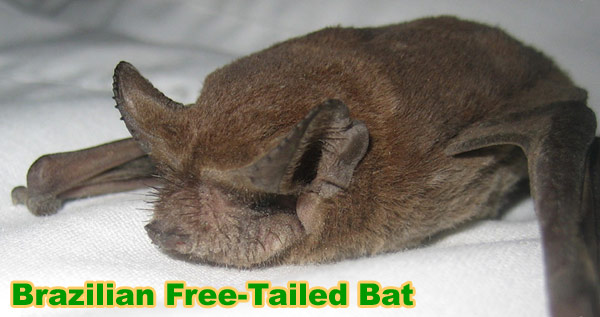 Mexican, or Brazilian Free Tailed Bat
Range: Basically the southern half of the US. This is by far the most common bat that I deal with in Florida.
Maternity Season: Pups are born in late May, and fly by early August.
Biology: .43 oz, 10-inch wingspan, free tail.
Image: See What does a Mexican freetail bat look like?
Removal Notes: These bats can form huge colonies, of several thousand members. They like to live in barrel tile roofs, and can tolerate very hot temperatures. 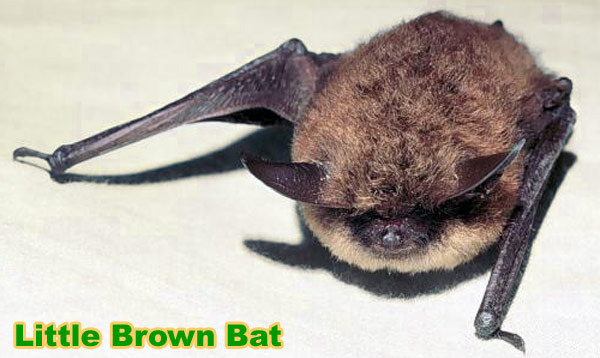 Little Brown Bat
Range: Basically the northern half of the US. Probably the most common colonizing bat wildlife specialists deal with.
Maternity Season: Early June to early August
Biology: .39 oz, 9.5-inch wingspan
Image: See What does a little brown bat look like?
Removal Notes: These bats can form very large colonies. They are common in older, worn down buildings. 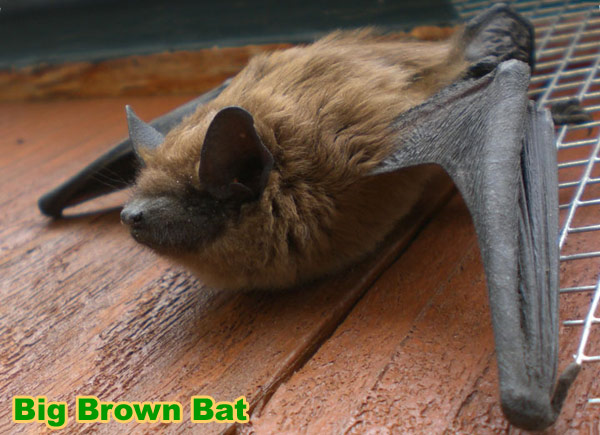 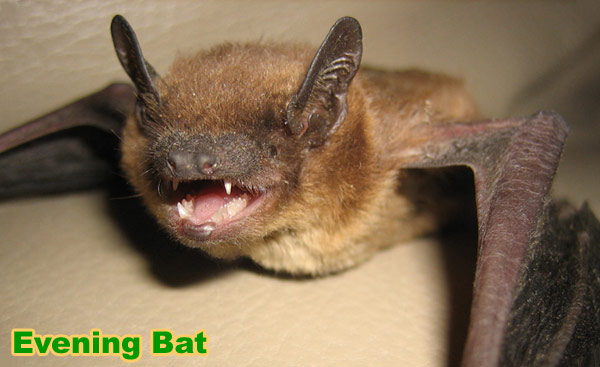 Evening Bat
Range: Mostly SE US. Not really that common, but I put it here, since I deal with them in Florida.
Maternity Season: Earlier: late April until mid-July
Biology: .46 oz, 10.5-inch wingspan, free tail.
Images: see What does an evening bat look like?
Removal Notes: Sometimes mixed in with Free-tailed bats. Usually smaller colonies.


I have written several other detailed articles:
How to get bats out of the attic
Remove bats flying inside the house
How to get bats out of the chimney
Bat exclusion tips and techniques
Bat trapping
How to inspect your house for bat entry
Bat prevention methods
How Dangerous Are Bat Droppings?
How Many Bats Have Rabies?
Bats ... Should we keep them as pets?
What is a bat's mating habits?
What Symptoms Will a Sick Bat Display?

The author, David, is a bat removal expert with over 500 successful bat control jobs under his belt. I want to stress the importance of proper bat removal, and the value of these animals to the ecosystem. I've witnessed dozens of failed do-it-yourself bat jobs over the years, and it is not pretty - dead bats, horrible odors, rabies vaccinations, and so on. Bat removal work is not easy - I trained for two years learning, and even then, it took many jobs and hands-on training before I was competent. I highly recommend that you consult my list of wildlife control companies on the home page, and hire a professional to come out and look at your bat problem. Get a few quotes if you must.  And remember, do not perform any bat exclusions during the summer maternity months. When Can You Move Bats in the Summer? For more general information and links, go to my main bat removal page.

Customer Bat Email: Dear David, I hope this letter finds you because I have one hell of a problem and I've yet to find a solution for it. I live in a very small and somewhat secluded town in North East Iowa. The house I live in is about 130 years old and there has been a HUGE colony of bats in the attic for probably 30 plus years. I'm talking literally thousands easily. They blanket the sky at dusk because there's so many of them. The man that lived here knew they were here and did not care...and after roosting for so long...they've literally taken over. There's huge stains on my upstairs ceiling and the smell of droppings and urine is so strong (especially in the summer months) that it's over powering. You can even smell it vividly outside. My daughter will not and can not sleep upstairs because of the noise from them. Not that I blame her. For that matter I don't feel comfortable letting her sleep that close to them and the smell because she's a premature girl (weighed one and a half pounds at birth) and she's had lung issues her whole life because of being born so early. So this is a major problem. I know that they're not aggressive critters and that when they get in the house...which is all the time...that they just want to get out....but.....no matter how much I TRY to grow a backbone...I CAN NOT go near them! I lock myself in a bedroom with both my kids. There aren't any "pros" in my area that will get them out of my house and fix the openings where they come in and out. So .... what do I do???? I'm praying that you can help me in some way because I can't move. I'm unemployed so that's not and option....plus I don't want to leave this for someone else to deal with. I love where I live...just not the bats and the extreme problems they're causing me and my family. So....sorry this was such a long email...I'm just at my wits end. So anything you could do to help would be greatly appreciated. Sincerely, Maren

My Response: Wow, that's a big problem. It does sound like you need a professional bat removal company, but it also sounds like you might not be able to afford it. I don't live close to your area. Maybe try calling Mike and at least hear if he has any advice.

Thank you so much for getting back to me on this. I figured this was an issue that you couldn't physically help me with (and I understand that) but thank you for the referral! Does this Mike know you? I mean when I call can I tell him that you referred me to him? I know a few guys with backbones..lol...that could climb up in the attic....cuz i can't (lol)...to follow whatever advice that i get from Mike. Thanks again!!! I appreciate ANY help I can get...just tired of the wives tales for "fixing" this problem...cuz they don't work. If you're EVER in this area...lol....let me know. Sincerely, Maren