Best and Humane Ways to Kill a Raccoon in My Garden

Depending on where you are in the United States, you may actually find that it is required BY LAW to destroy a raccoon when it has been caught in a trap. The reason for this, of course, is the very real and serious threat of the spread of rabies, a disease that humans have been trying to get under control for hundreds of years and more. Some places across the planet are now, thankfully, rabies-free, but North America isn't one of them, and it won't be all the while these rabies vectors are hanging around. Read The Full Guide to Keeping Raccoons Out of Your Garden 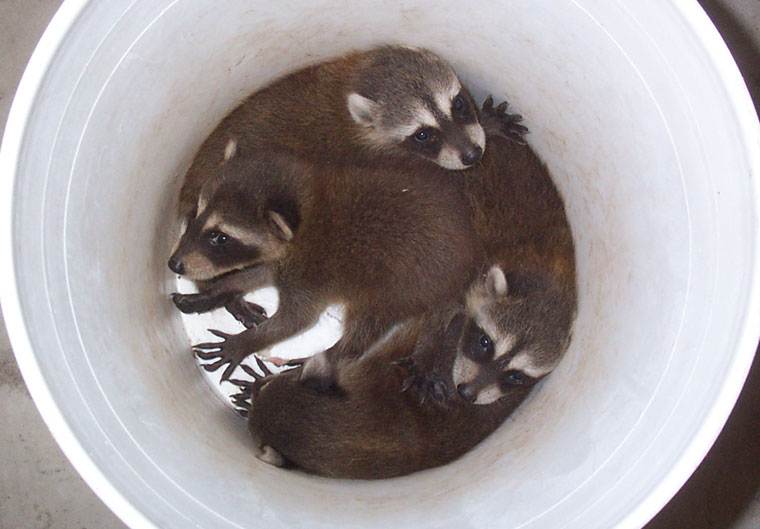 Also read about:
How to keep raccoons away
Raccoon repellent
What Attracts Raccoons?

There are so many ways that you could attempt to destroy a raccoon, but some of them are, obviously, much more human than others.

Poisoning raccoons simply doesn't work. There isn't a poison registered and legally or commercially available for raccoons in North America. Rat poison has been shown to have little or no effect, only toxic in large amounts, which can then put people and other wildlife species in jeopardy.

Rat and mouse poison is actually designed to attract rats and mice, so if you choose to use it, don't be too surprised if you end up with two or three animal control problems, rather than just the one you started off with.

These are only legal in some places, so make sure you check whether or not it is okay to use these trap types first. These are designed to kill raccoons in much the same way that a rat or mouse trap is designed to kill the rodent, but on a slightly larger scale. You will want to make sure that you are using a good quality and reliable trap for this job; there is the potential for the animal to get simply stuck of injured, rather than being killed instantly. The outcome, in the case, is neither humane nor pleasant for the person who then needs to clean up the trap and finish the job.

In residential areas, shooting is ill advised. It'll more than likely be illegal to start with, and that's before you think about how scared the people in your local area are going to be when they hear the sound of gunshot. They'll be terrified, especially with the world the way it is right now. They aren't to know that it is just a frustrated homeowner just looking for some peace from a rogue raccoon. They might think that something terrible has happened and call the cops. All in all, it's not a good idea.

Even shooting in more rural places comes with its downfalls, and you'll still need to do your research as far as legalities are concerned.

Raccoons can be killed using carbon dioxide, in the form of C02 chambers, and this is actually known to be one of the most humane ways to kill the animal when performed properly. This isn't something that you are likely to have at home, but wildlife rehabilitators can help with a raccoon that you have already captured in a trap.

This is neither humane nor pleasant, for either of the parties involved. Holding the animal underground or trying to get it into something that you then fill up with water will be hard work when it is panicking and desperately trying to break free. Again, we feel it is our duty to remind you that rabies is a very real and big threat in raccoons across North America.