Raccoon Poisoning — Is it Worth It?

One method that we have seen recommended on the internet to get rid of raccoons is to use poison. There are a number of things wrong with this approach, and we would just like to present you with a few scenarios so that you can get a better idea of the kind of problems you'll be causing by trying to use poison, homemade or commercially bought, to try and get rid of wild animal interlopers. 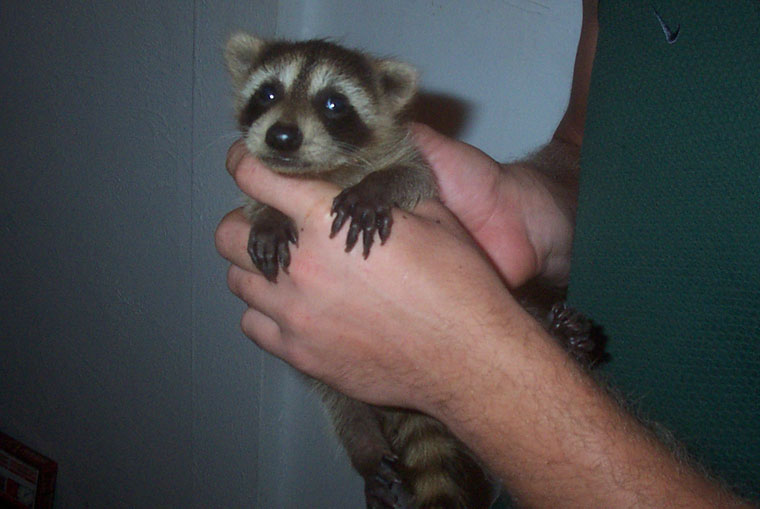 Also read about:
How to trap a raccoon
Raccoon trapping tips
How to kill a raccoon

To start with, there isn't a registered poison for raccoons, so you'd either need to make up your own combination of toxic ingredients, which might actually poison you and could be illegal in some cases, or you'd need to use poison that was designed to be used for another wild animal, such as rat poison.

Raccoons are larger animals than rats, so you would need to use a greater amount of poison. If you get this wrong, the poison might not work. Or, alternatively, it might just work a little bit, making the animal sick but not doing any real damage.

Either way, it doesn't appear to have worked very well.

Do you know that they put stuff in rodenticide to make it more appealing to rats and mice? It tastes and smells good to the animal, and that's what encourages them to come closer and take a bite or two.

> Scenario #3: The poison kills your cat.

If you play guesswork with the amount of poison you put down, you're putting other animals in grave danger. In fact, scrap that; by using poison at all, you're putting other animals in grave danger. At least with rats traps you can use poison boxes — easily accessed by a small animal, such as a rat or a mouse. You don't have that option with raccoons. They won't fit in those little boxes. That means you will need to leave poison just lying around. What happens if your cat takes a sniff? A lick? Eats the whole lot because there's something in it that attracts them closer?

What about the neighbor's cat? Dog?

> Scenario #4: The poison puts your kid in hospital.

If you have kids in the home, you'd best keep them well clear of the poison, otherwise, it won't just be the neighborhood cats on lockdown. Kids are attracted to brightly colored, sweet-tasting things. Guess what rat poison is? Yes, that's right, you guessed it; a brightly colored, sweet-tasting thing. Your kids are in danger if you leave poison lying around all over the place.

Let's just say that you do manage to kill off a raccoon with poison, what will that actually have achieved? Other raccoons will still be able to get into your property, because you haven't yet sealed it up. Raccoons tell their friends and family members where good feeding spots and den sites are too, so even if you kill this one, there'll be others coming along soon. It'll be like a party in there once they start birthing season, which is usually late spring and summer, for the record.

What happens if that raccoon dies in the depths of your home somewhere and you can't find it? We already know the answer to that question — it will start to decompose and kick up an awful stench, and you'll be begging anyone who'll listen to come and make the problem go away.

We've seen it happen far too many times.

At the end of it all, we think we've pretty much proved our point as far as using poison to get rid of raccoons is concerned. It doesn't work and you shouldn't do it. Oh, and you'll put other people and animals at risk by using poison too.

Don't say that we didn't warn you!