If you use rat poison, it probably won't kill the animal. Any type of poison might harm a non-target animal such as a pet dog or cat. There are no known, registered poisons to kill opossums.

Will antifreeze kill an opossum?

Before we start on the in’s and out’s of using things such as antifreeze to kill wild animals such as opossums, or whether it is right or wrong to do so, you should remember that there are so many ways to repel, trap, catch, and remove this animal from your property, that using methods like this shouldn’t even have been thought of.

Antifreeze is a very dangerous substance, that will not only kill the opossum that you are trying to get rid of it, but could also kill household pets such as cats and dogs, other forms of wildlife that you might actively be trying to encourage in your garden, and even your children if you are not careful! In short – do not use antifreeze to kill anything!

Just to put things into a little bit of perspective, antifreeze contains something called Ethylene glycol. This substance seems to be incredibly attractive to both pets and children, with a smell that is very sweet, and a pleasant taste too. This highly toxic concoction will cause a great deal of problems to anything that has the misfortune of drinking/eating it, including:

It takes as little as two ounces of this stuff to kill the average dog. A child will die if it ingests two tablespoons. A cat will just take the one.

Before you decide to kill that opossum with antifreeze, remember that its death will be long and nasty. Also, as just one final tip for you, in just four years in the nineties, 20% of all antifreeze poisoning cases were in children in the States. That’s 20% of almost 3500 poisonings. Imagine how you would feel if you were to accidentally kill your child? Never, ever use antifreeze to kill a living creature, no matter how tired of the animal you are! 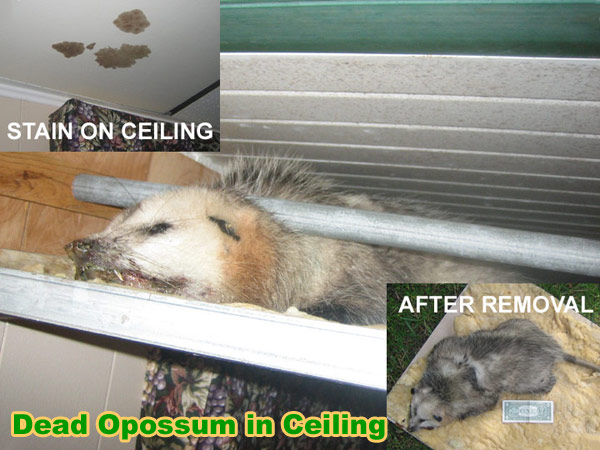 Do possums have rabies?

When you have a wild animal in your home or yard, you want to get rid of it, right? Would you go as far as to putting your own lives in danger, as well as your children, your family pets, and other forms of wildlife that you would actively encourage in your yard? No, we didn’t think so, so before you pick up that bottle of antifreeze and decide to use it as your weapon of choice against the wild animals you don’t want, maybe you should look at some facts.

A study that was taken in the mid 90’s showed that out of 3500 poisonings caused by antifreeze, at least twenty percent of them occurred in children. Do you know how much antifreeze it would take to kill a child? Just two tablespoons. Now imagine how you would feel if you were to put bait laced with antifreeze for a wild animal to be killed by, and end up seriously injuring or even killing your own dog, cat, child or even yourself. Do you still want to reach for that bottle?

The main ingredient in antifreeze is something called Ethylene Glycol. This smells lovely and tastes almost as good, which is why small children and animals tend to be attracted to it. However, when ingested, this has some very nasty side effects. Firstly, depression will occur. Shortly after this, the sufferer will experience breathing difficulties as well as heart problems. This will be followed by damage to the brain, kidney failure, and in the unfortunate cases – death!

It takes just two ounces of Ethylene Glycol to kill a dog, only one teaspoon to kill a cat, and just two very small table spoons to kill a child. Think about it logically – is it really worth the risk?

You may want to read some of my other opossum articles:
possum removal
opossums in the attic
photos of possum poop
types of possum problems
possum trapping
how to catch a possum
pest control of possums
possum in the wall
possum in the house
possum in basement
possum repellent
types of possum damage
should you handle an opossum with bare hands?
how can an opossum damage your house?
can you use mothballs or ammonia to trap opossums?
what to do if you find an orphaned baby opossum
do pest control companies remove opossums?
should you ever poison an opossum?
tips to find and remove a dead opossum
what are the symptoms of a sick opossum?